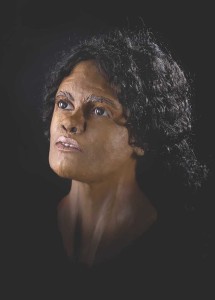 David Olusoga as part of a BBC series of programmes recently filmed at Beachy Head, as he tells the story of “Beachy Head Woman” and her place in Black British History

Emerging evidence shows that the African Romans raised families in Britain. The remains of an ancient, mysterious skeleton, found here and nicknamed Beachy Head Woman, are put under forensic and isotopic analysis in order to reconstruct her identity. This analysis reveals that she was of African descent yet raised in East Sussex between 200 and 300 AD.

Further discussions with Eastbourne Archaeologists suggests her body was discovered close to the village of East Dean.